Early this year, at Tyler State Park, I finally found one of those ‘wish list’ locations and opportunities that had lived in the back of my mind for a good long while. A nice stacked line of canoes in the early morning light. Making use of the amazing 70-200’s compression, I took a sequence of photos down the row of canoe bows. Shadows in hues of blue, the morning light in hues of gold. What more could you ask for? How about a little creative editing?

Golden light, shallow depth of field, compression – does detail photography get much better than this?  Especially when all those elements come together on an unseasonably pleasant morning in late January in Texas?  Leading up to the weekend of January 30th this year, the forecast showed low temps in the 40’s while the highs were pressing nearly into the 70’s.  Not one to pass up an opportunity to get in an early year camping trip, I made plans to head east to Tyler State Park.

Waking up on Saturday morning after a chilly yet relaxing evening at the camp site, I hopped in my truck and drove down to the small lake which the State Park encompasses, hoping to find some wildlife and birds about in the early morning cool air.  I was also happy to find that the small dock at the water’s edge had a number of canoes not only tied up in the perfectly still water, but also stacked up on a railing.  After first getting a number of photos of the canoes in the water while the wind was still, I then turned my attention to the row of boats along the railing.

Making use of the longest lens I typically have with me, the 70-200 F4, I focused in on just the bows of the canoes, setting the focal point not the nearest canoe, but the bow that would sit approx 1/3rd in the the frame on the right.  A more subtle use of the rule of thirds, since the depth of field is fairly shallow at f/5.6, I wanted the in-focus point, and thus the focus of the photo as a whole, to stay way from the absolute middle, but also from the far edges. 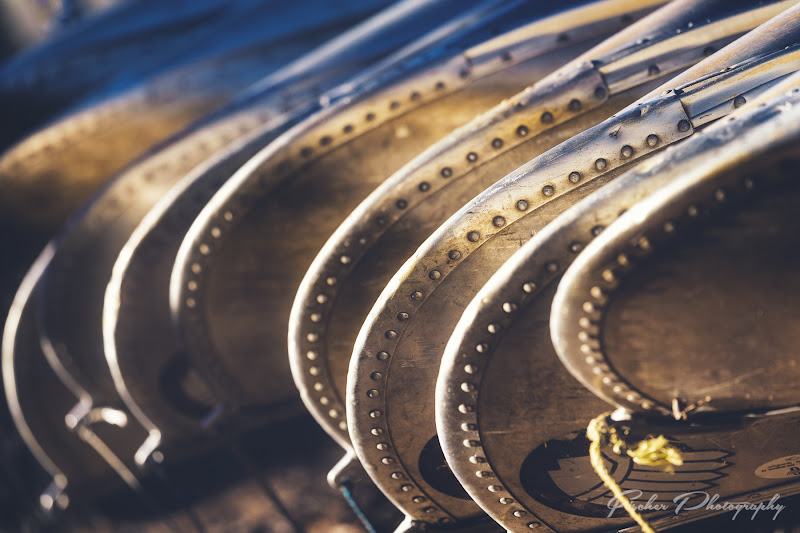 For this photo, I actually made a number of different edits.  The first, seen above, was the original vision I had for the photo.  My original intent was to flip the image horizontally, so that the bows of the canoes were pointed to the right instead of to the left.  However before performing the flip transform on my top layer, I forgot to do a stamp visible of all existing layers.  As a result my top layer, which at the time was a duplicate soft light layer – resulted in a very strange look.  However, from that goof came an idea.  I reverted the transform, did my stamp visible layer, and then reapplied the transform.  Now I had two layers on top of one another that were mirror images.  Cycling through the various blend modes in Photoshop, I settled on ‘Lighter’ as the best looking option for my experiment. 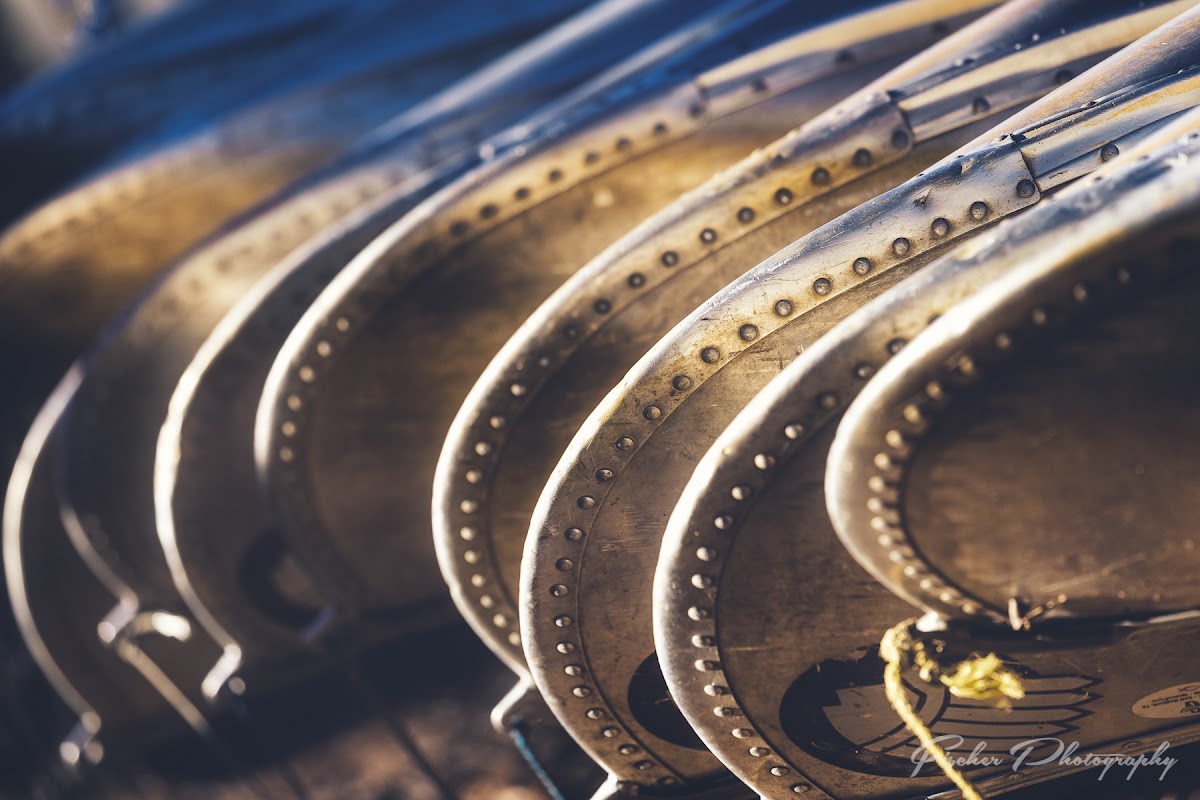 Which image is better? Well that’s all up to the viewer. This is art after all. And experimenting with different ideas and seeing where they lead you is what the creative process is all about. I’ve learned just as much by just clicking on buttons and seeing what happens in Photoshop as I have watching tutorials. It’s no different than seeing a two roads diverge in the woods, or at least wandering down a side trail for a little ways to see where it goes.