When most people think of Oklahoma, they do not immediately think of rolling hills, tall trees, and most of all – waterfalls. However, there are pockets of the state that defy the generalizations most people have about Oklahoma. McCurtain County in the south eastern corner of the state is just such a pocket. And at Beavers Bend State Park you can indeed find cascading waterfalls – if the timing is right.

Bound and determined to shake the ‘curse’ of my last two trips to Broken Bow and Beavers Bend, I ventured north with two good friends and photographers, all the while the weather forecast was a dynamic and ever changing variable to what the weekend trip would bring.  The forecast for strong storms had us second guessing not renting one of the many cabins in the area, and ultimately we decided it best to ride out the storms at a local restaurant and bar in town over a couple beers.  Heavy rains poured for several hours, but this was playing right into my plans for the following day.

During my pre-storm scouting drive around the park, I had noticed a large boulder filled drainage on the edge of the park down towards the old park dam, earlier light rains showed that water did indeed still flow through the boulders and as I watched the rain pour outside, my mind was turning on when it would be best to check out the location the following day.

Just as I had hoped, once the group tired of shooting elsewhere along the main rain swollen streams, we were delighted by the sight of water pouring over the rocks along the drainage.  Compositions were everywhere, each step up through the boulder field revealed new segments of water flow.  With the skies still moderately overcast, I was able to dial in shutter speeds varying from 1/4 to 2 seconds with only the 3 or 6 stop ND filters I had along.  This sped up the process of dialing in compositions and taking the shots I wanted without having to remove the ND filters each time as is often the case with my extremely dark 10-stop B+W filter.

For this specific shot, I opted for a shutter length on the long end of what I was shooting that day, letting more of of the water go milky smooth, though I would ultimately bring a little of that detail back in post production.  I set my tripod up just behind a fairly large builder, letting the strongest water flow pass on either side of the legs to reduce the amount of vibration induced by the flowing water.  For these small cascades with an ultra wide angle lens, getting the right composition can be difficult, getting the camera off the tripod and using live view to quickly see what composition you want is key to finding the best angle – then you bring your tripod to the camera.

Processing on this photo is actually fairly straight forward.  As you can see from the before & after side-by-side, the biggest differences is in the white balance / color being shifted to a warmer softer light, and there is more contrast in the foreground while the background gets a slightly softened look.  Still, it took 3 programs (Lightroom, Photoshop and Nik Color Efex Pro 4), 6 layers in Photoshop and two round trips into Nik Color Efex to get the look to where I was satisfied with it.

All of my photos start and end in Lightroom.  If you have not read my tutorial on Lightroom Import and Organization, it covers in great detail how I use Lightroom to organize my photos.  Lens correction, and minor initial photo correction edits are done in Lightroom before being sent into Photoshop.  In the before-and-after, the ‘before’ is actually ‘after’ Lightroom Edit, the differences minor enough it’s not worth showing the true ‘before’.

Once into Photoshop, my first step is to ‘clean’ the image of overly distracting or out of place elements.  For this photo there were only a few spots I wanted to clean.  One of my fellow photographers was just slightly visible in the background, a small stick in the water on the far right of the foreground, and a few other small rocks and such that just caused too much attention to be drawn to them.  I often scan the image top-to-bottom, then left-to-right, then look away and back to the image several times in this step to see what my eye seems too easily drawn to.  Small little stuff gets cloned out, larger objects not as easily removed require other techniques to subdue.

After the clean up layer, a curves layer was added, masked only to the bright green hues of the mosses in the foreground to make those pop a little before going over into Nik Color Efex for the first time.  Here I used three effect filters – first the Pro Contrast, and excellent general use contrast filter that really takes a lot of the guess work out of fine tuning contrast.  I end up using it in nearly every photo I edit.  Second, the first step in warming up the image, a ‘Skylight Filter’ set at only 9%, and finally, a gradient fog filter which I then used a control point to limit to only the brighter areas of the top right corner.

Furthering my process of warming up and giving some glow to the sky region, I next added a blank layer, using the circular gradient added a sphere of soft warm color to the to right, masked the layer using ‘Apply Image’ to have it only visible to the brighter areas, leaving the shadows in shadow, and set the layer to ‘Soft Light’, reducing the opacity to taste (80%).  Finishing my soft-light glow effects, I next created a stamp-visible layer, set that layer to soft light, reduced opacity to 50% and added a Gaussian blur at a radius of 60.

At this point I was really happy with everything but the middle of the water flow, I went back into Nik Color Efex for a does of ‘Tonal Contrast’ set to ‘Balanced’.  This brought back just enough detail in the water and foreground to add the contrast between the softer light background and firm rock and water that I wanted.  Masking that layer in just where I wanted it – I decided that further manipulation would only do more harm than good and decided to close the book on this edit. 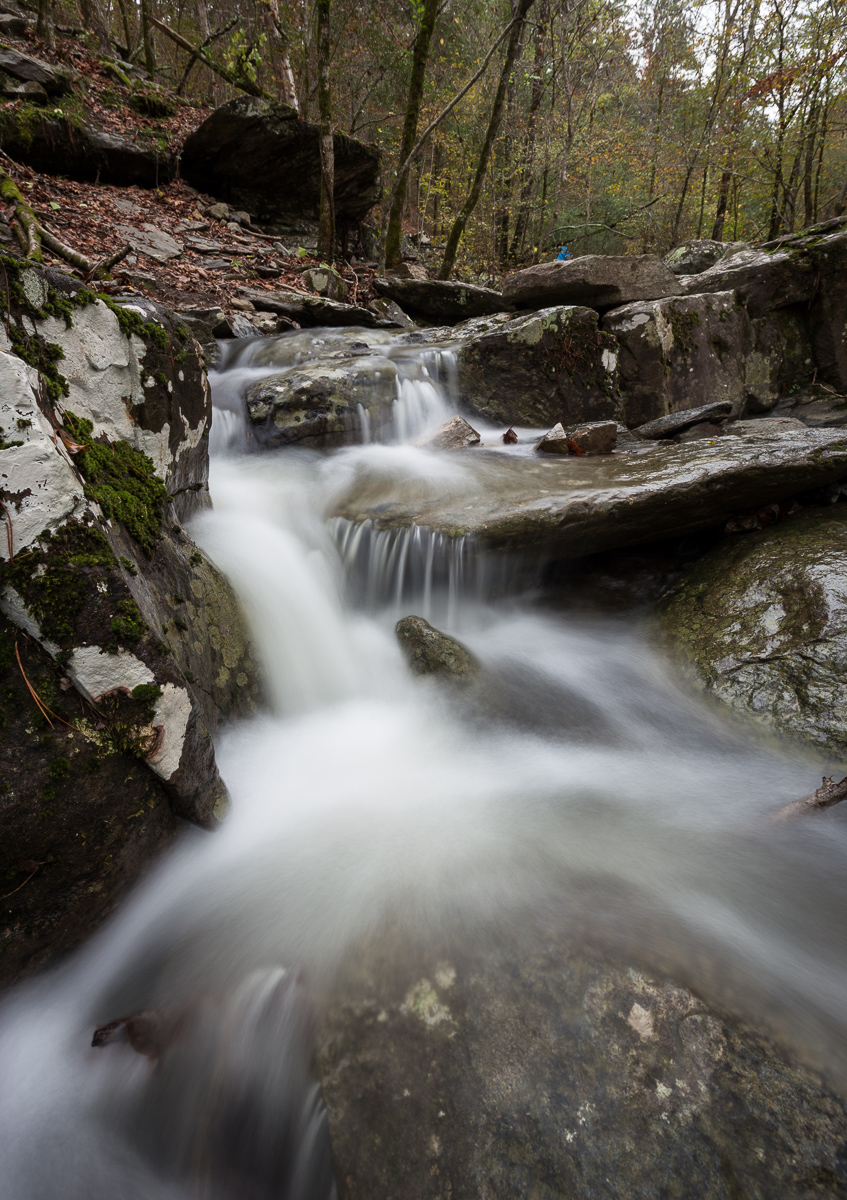 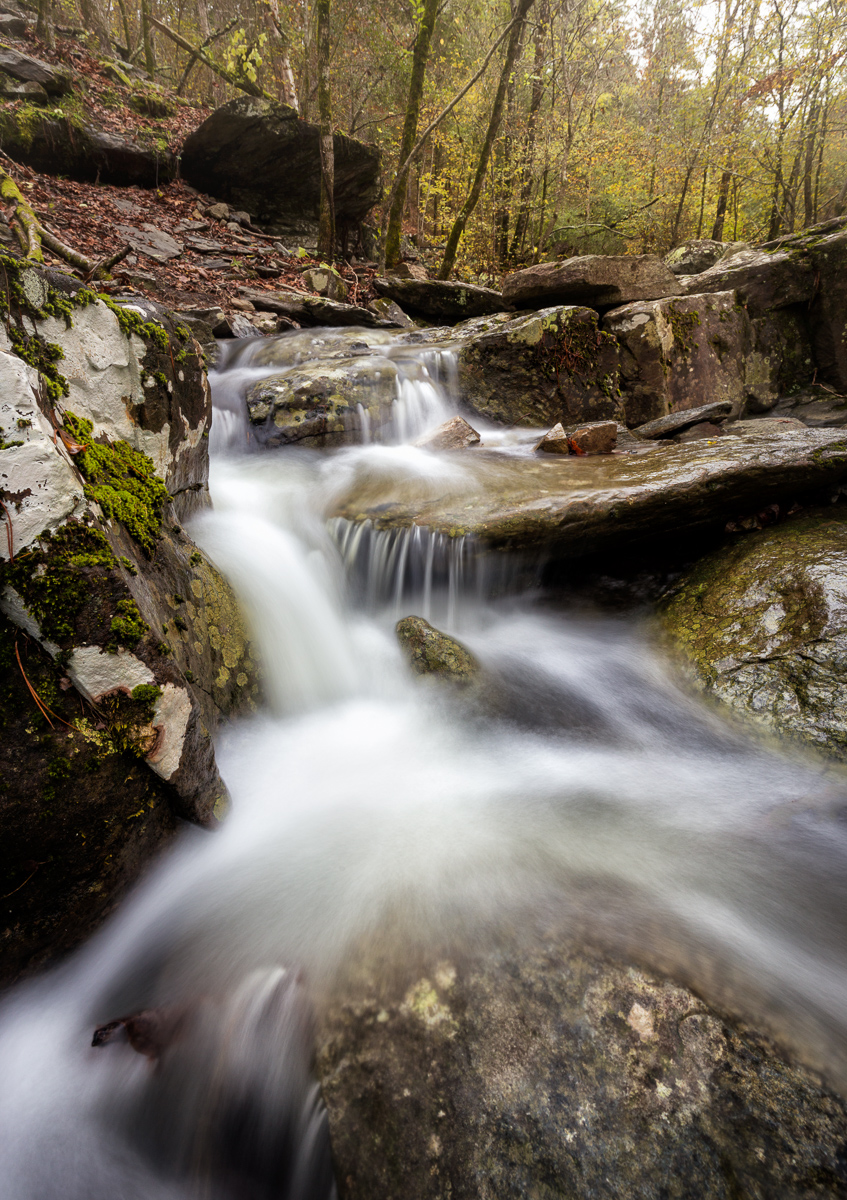 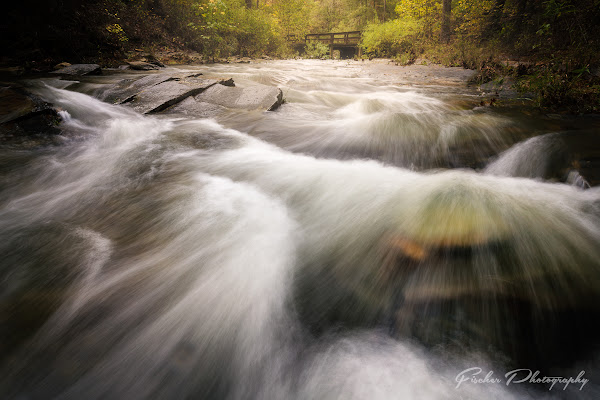 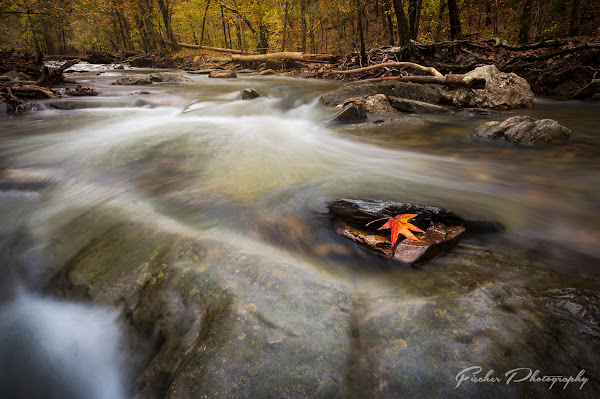 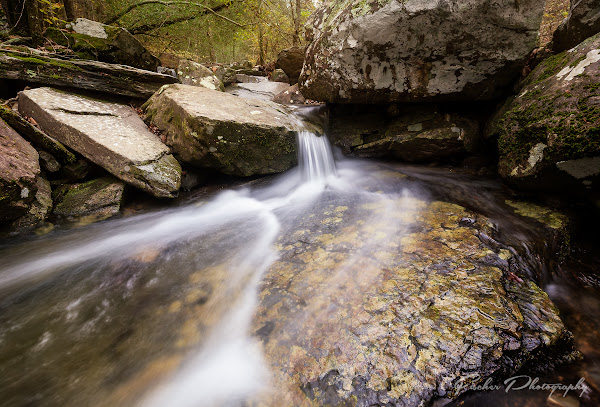 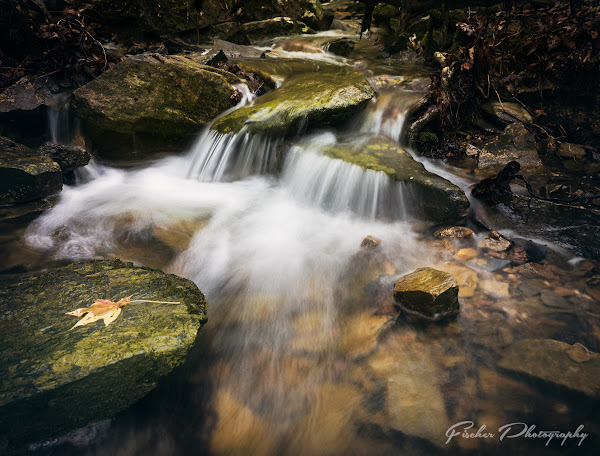 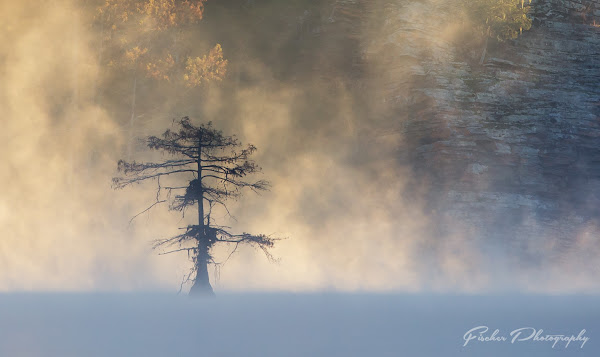 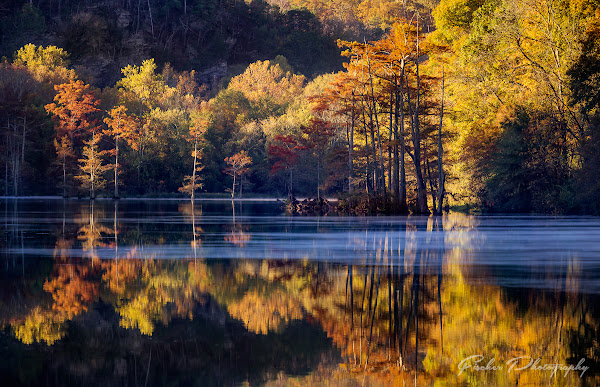