In Landscapes 101, I discussed 10 top tips to kick start your thinking on how to improve your landscape photography regardless if your subject is your local park or Arches National Park in Utah. In Landscapes 201 will break this down further by diving into much more detail on a number of these tips. This series is geared towards preparing for a major photography trip to a landscape photography destination, be it Olympic National Park, the beaches of Mexico, dark skies of West Texas, or deep in the Smokey Mountains.

In almost everything in life, you get back what you put in, and ‘what you put in’ counts most before game time.  No Olympic athlete goes from ‘hey, I’m kind of good at this’ to standing on top of the podium stand without a lot of effort and dedication.  As much as I’d like to sit here and tell you that you can roll out of bed at 10am after not touching your camera for a month and go shoot landscapes that will take the world by storm – that’s not likely going to happen.  Simply – Prior Planning Prevents Piss Poor Performance – the 5 P’s.  So let’s expand on Tip #1 – using the Internet (and other resources) to its fullest potential.

Either question, but not both, can be answered first.  The second ultimately must be determined AFTER the first question is decided.  Want to shoot in December?  Then you’re not going to shoot the color change in New England.  Want to shoot Arches National Park?  Want there to be a chance of a dusting of snow to set off epic levels of contrast against the red rock?  Then I wouldn’t suggest mid June for a visit.  You get the point.  But once you get beyond the ‘big’ When & Where, a million smaller ones next need to be considered.  The options and choices for shots at many locations are numerous and unfortunately often one will exclude others.  To make the When & Where easier to decide start with a list of ‘must get’ shots.  Why are you wanting to go to this location (if the Where was picked first) or why are you wanting to travel at that period of time.

Using my recent Pacific Northwest trip as an example – we first decided that we wanted to go to Oregon.  The next decision was that we absolutely wanted to get the best possible shots at Thor’s Well on Cape Perpetua that we could.  Research into this location told us that for the best shots we wanted to be there at high tide, and at sunset.  Turning to tide tables we narrowed it down to several 3-day periods in May, June and July that we wanted to shoot at that location.  This greatly narrowed down our ‘when’ for this summer trip.  The next decision was that we wanted to shoot some astrophotography if we could get good skies, so this further narrowed down our windows to periods around the new moon.  By doing the research ahead of booking the trip we were able to narrow down the week we wanted to go to a single week in June that gave us the best possible mix of conditions for the must-have shots we wanted to come home with.

Your must-have shots will differ from those that my group decided on for Oregon this year.  And sometime difficult decisions must be made for one shot or another.  Snow covered valleys or the Milky Way core?  At least in the Northern Hemisphere getting both can be difficult without traveling to extreme locations.  Prioritizing your must-have shots and figuring out what time windows provide you with the highest number of possible must-haves will help point you to the ideal time to go.

Photo sharing site such as Flickr, 500px and Smugmug are great first stops to researching not only locations, but also what sort of photography equipment might be needed to capture similar style shots. 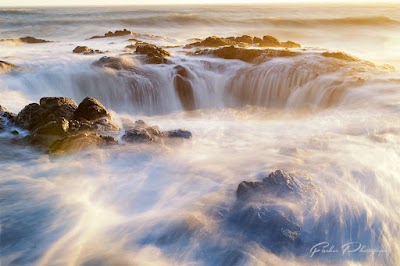 Additional Locations: Once you have a short list of your top must see locations, start searching by city name, location name, anything you can think of that might help you find other composition ideas and possible inspiration for the location(s) you are headed to. Prior to my 2014 trip to the Pacific Northwest I had never heard of a place called Thor’s Well. It was a full 45 minutes further south than I had planned to travel along the coast so there was a very small chance I would have happened upon it by accident during my travels. 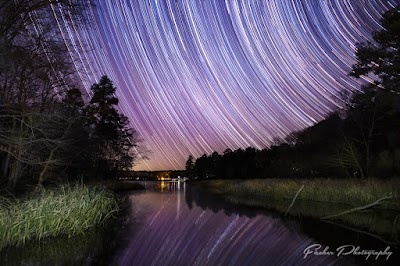 Location Details: The Devil is in the Details as they say. Finding the unique or different perspective can make all the difference between your photos either falling flat, or getting lost along every other photo that looks exactly the same from the exact same spot. Prior to heading to Tyler State Park for a short weekend camping trip I reviewed the park map and noted a small inlet at one end of the lake that faced to the northwest. Knowing if I had a clear night with little wind it would make a great star trail spot, I made sure I camped within a short walk of the location. 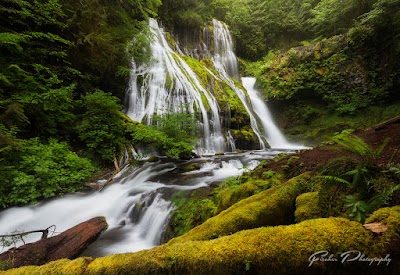 Best Times to shoot: Most landscape photographers know that harsh sunlight is rarely your ally. While most waterfalls in the Columbia River Gorge face south and thus are in shadow for most of the day, those on the Washington side can sit in full sun during parts of the morning and/or afternoon hours. Knowing the best times of the day to shoot different locations can ensure you make the most of the time you have. Mistaking a sunrise for a sunset can leave you scrambling to the other end of a lake or praying that the skies work out in your favor. Finding out where the sunrise and sunset will be at locations you want to capture these events can also be a great aid ahead of the trip. The Photographer’s Ephemeris is an amazing resource. The online web version is free, but I also find the small cost for the mobile application to be well worth expense.  Just remember, when you look at the time of sunrise – that can be amazingly deceiving.  The first light of day happens a good hour before, and depending on if you’re up on the top of a mountain compared to the ‘city’ you’ve plugged in, or down in a valley surrounded by mountains, the time that first pure beam of light hits your camera can be significantly different.  Nothing puts you in a rush more than looking through the curtains of your hotel room to see the clouds lit up from light reflecting from the sun still well below the horizon. 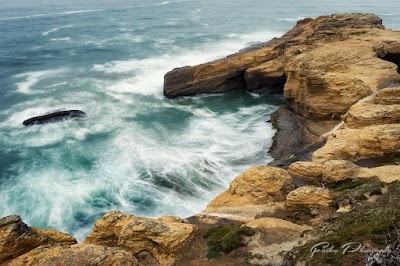 Focal Length / Shutter Speed: Especially important for those of us who do not have waterfalls or coastal waters to experiment with, digging into the EXIF information on shots with similar looks to what you want to emulate can save precious time or leaving the gear you needed most back at in the car. Question like ‘do I need to bring the 70-200’ or ‘will I want or need more than a 3-stop ND filter’ can save your trip, or at least your back from carrying more than you need and not making it to your location on time or your feet an extra round trip to the car while the perfect light fades from the sky. 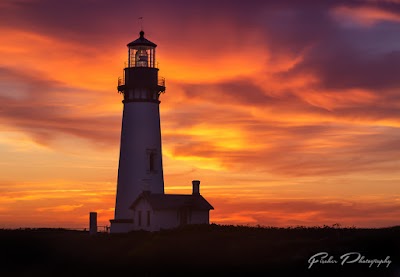 Restrictions / Costs / Closures: This is probably the biggest reason to dig a little deeper and know before you go. Knowing if a scenic spot has an entrance fee, when it closes, or if the spot your’e trying to get to as been closed all together for safety or monetary reasons. While some photographers may believe the rules do not apply to them, it is far better to inquire and seek out permission than forgiveness for sneaking in to a federal park after hours in my opinion, or even trampling through delicate vegetation even though the sign 5 feet to your left says the area is closed for restoration of said plants. Knowing the rules makes sure you don’t run into any legal problems at the time of your shoot, or or down the road when your photo goes viral and someone takes notice.