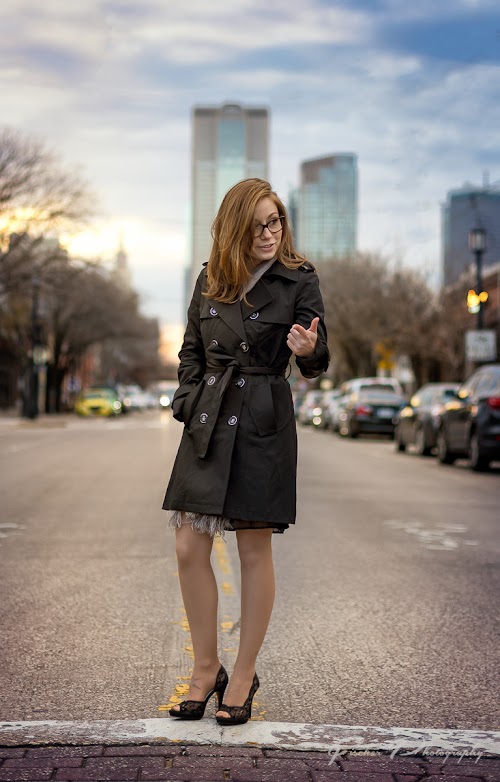 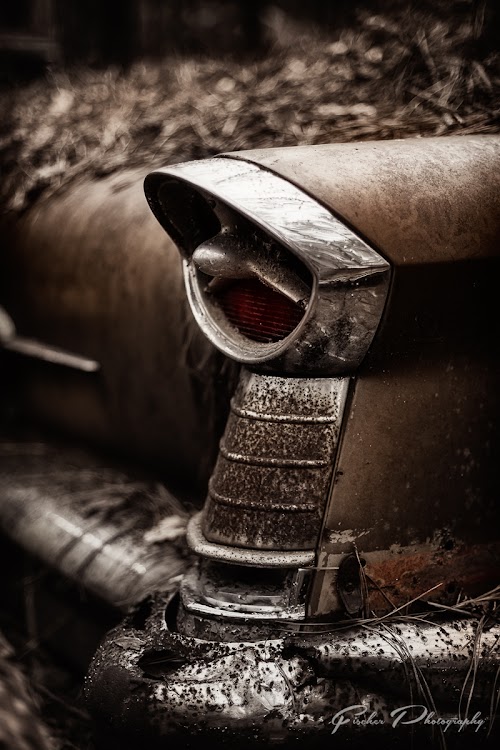 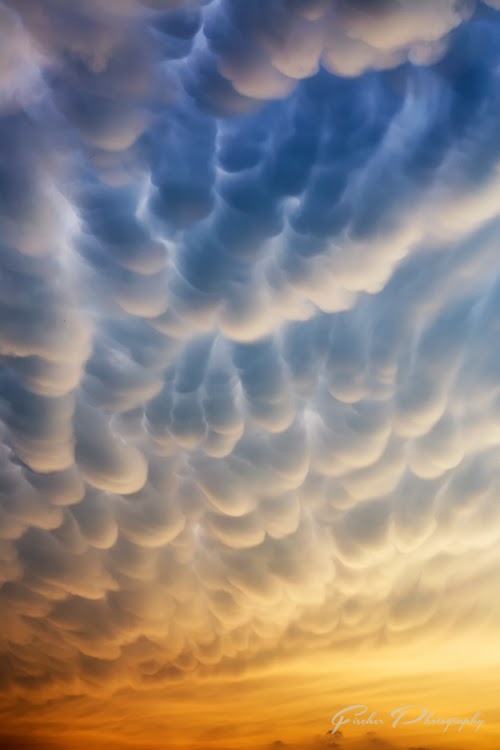 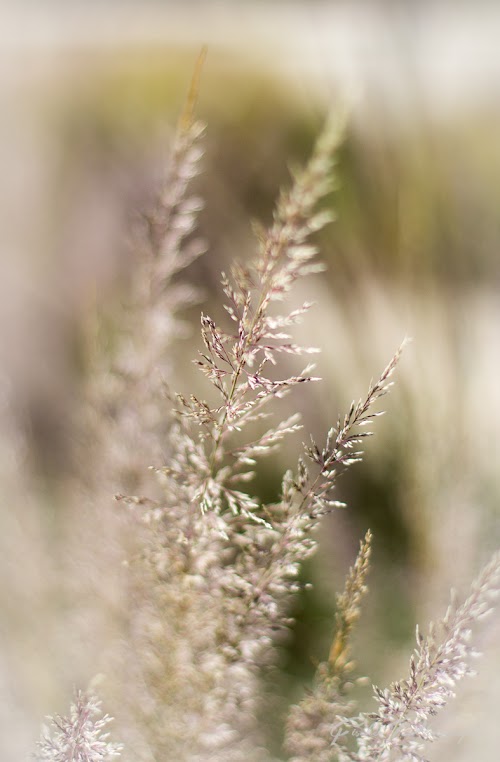 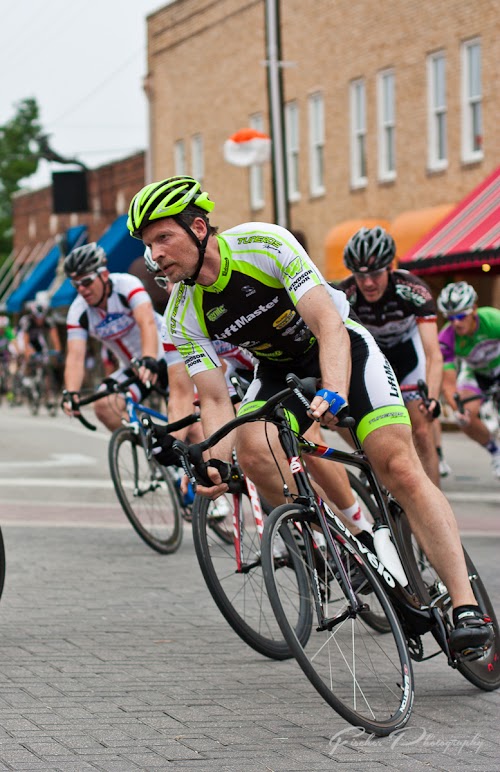 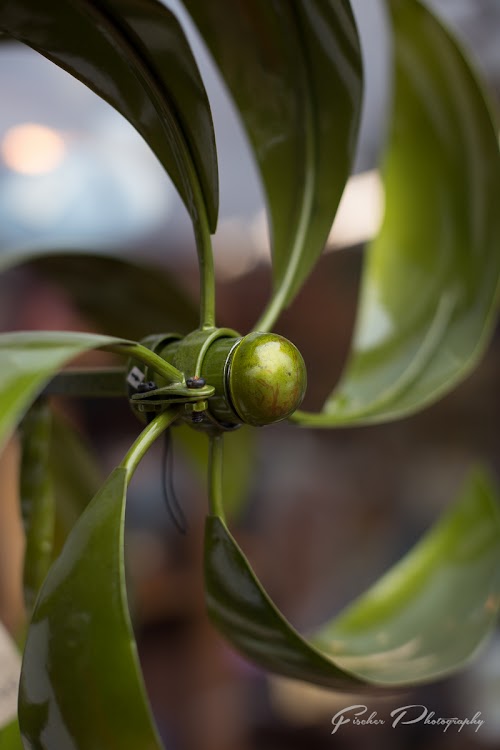 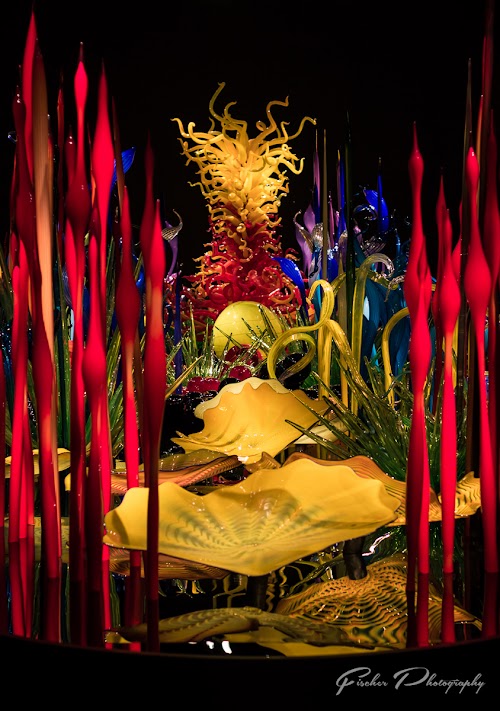 Go ask almost any forum filled with Photographers “What is the first lens to buy after the kit lens?”, and the answer is often ’50mm’, ‘Nifty Fifty’ and so on. The 50mm has no shortage of fans. Simply Google ‘Why every photographer should own a 50mm’ and you’ll get dozens of articles from some of the biggest photography websites around. However, go back into those same forums you started at, and ask ‘What’s your least used lens’, and amazingly, the 50mm also gets mentioned a fair bit. And this got me to thinking – why, if it’s the lens every photographer should own, and it’s the lens many photographers buy right after their kit lens, does it often fall out of favor, to be buried at the bottom of the lens bag, or left back at home all together.

Why you should buy a 50mm

I will proudly admit I was one of the many who bought the 50mm as a second lens.  Not because a chorus of wise and experienced photographers were telling me I should, but because the other guy at my office who was also into photography had just bought one.  I tried it out for a few snaps, and was quickly in amazement by it’s ultra shallow depth of field when wide open, something that was not nearly as easily achieved by the kit lens on my second-hand Canon XSi.  I was instantly smitten with the creative possibilities of the lens and promptly added one to my now growing kit.  Looking back on my experience with the lens and the rest of my kit since those early days, here’s my take on why you should buy a 50mm.

#1 Versatility:  This is the reason, in my honest opinion, to buy this lens.  It’s amazingly versatile.  It can be a landscape lens, it can be a portrait lens, it’s a great street photography lens, its much better than the kit lens in low light, its a good option for product photography, it is well suited to travel, it can even do macro work with a few tricks.  Everyone thinks ‘WIDE’ when they think of Landscape photography, but let me clue you in on a little secret – wide doesn’t always work.  Likewise for portraits, many ‘in the know’ will suggest the 85mm or a 70-200mm, however especially for those on a crop body, the effective field of view works quite nicely.  The small size and relative low cost of the f/1.8 versions of the focal length mean that the bumps and knocks that might befall it on the street or travel won’t send you into a panic.  The small size and light weight also makes it great to carry around during these sorts of photography as well.  With a 50mm you can dive into many different areas of photography and see what your personal tastes and style is.  And as long as one stays in your bag, you’ll rarely not have ‘a lens’ for almost any situation.

#2 It is fast!  I didn’t know how versatile the lens was when I bought it.  I wanted the lens because I could shoot at much lower ISO indoors, and I could achieve that soft background and beautiful bokeh that the kit lens was lacking.  In my mind at the time this was the lens that was going to elevate my work to God status – or at least Professional looking.  The little XSi I had wasn’t all that stellar in low light, and I was still having fun taking random snap shots of whatever was laying near by – including desktop toys and half consumed cans of Dr. Pepper.  The 50mm (I had bought the f/1.4 version – not something I particularly recommend) gave these snap shots a creative look that only shallow Depth of Field and Bokeh can create.

#3  It is a ‘normal’ / ‘standard’ focal length  Really this and #2 are what makes #1, the 50mm is approximately the field of view of the human eye.  Which is why it’s called a ‘Normal’ lens.  Even on a crop sensor body, the resulting photos do not challenge the mind’s expected view of the world.  This is why, in my experience, it makes a great product and travel lens.  People can look at the image and they feel in the moment or one with the product.  Even when I’m not shooting the 50mm prime lens and I’m wanting to capture a city scene or beach view that would be a travel brochure cover – it’s that 50mm range that I am to get close to.

Why you will probably eventually stop using it much

#1 Versatility  I’m sure you’ve heard the term ‘Jack of all trades, Master of none.  This, in a nut shell, is the 50mm.  What makes it so nicely suited to so many things is why it is also not perfectly suited to very many.  With the exception of maybe street photography, I can’t think of many other types of photography for which there are better options.  Even for street, depending on the camera body, a 28 or 35mm might be a better choice for many situations.  So as most photographer’s start to focus in on one type of photography, and as their collection of lenses grows, the 50mm starts to be overshadowed.  Those who favor portraits will get a full frame camera and a 70-200 or 85mm and start to favor those.  Landscape photographers will give in to the constant message that they need a 14mm and end up giving down the path of learning to work with an ultra-wide angle lens.

#2 It is Fast!  But it’s a ‘Normal’ lens  Just like the reasons why you should have a 50mm, the reasons you’ll eventually start to pass it up are the exact same things.  Landscape people start locking their cameras down on giant tripods, portrait photogs use the slightly longer focal lengths once they’ve moved to full frame camera bodies to further reduce facial distortions.

#3 It’s actually kind of difficult to work with I’m going to come out and say it – the 50mm, because it’s fast, because it’s a normal lens, it can be difficult to really capture a compelling shot that’s in focus, and that has the right depth of field.  Many versions and examples of the lens are notorious for front or back focus, so when you start to notice that the eyes of your model aren’t in focus it’ll require some work to do a micro-adjustment.  When you can’t simply walk up to a scenic view point and snap any shot that pulls in the entire scene like a 14mm does,  you’ll stop looking for that different angle that the 50mm might shine in and slap on the ultra-wide lens instead that can easily put everything in the field of view, and everything in that field of view in focus at f/8. 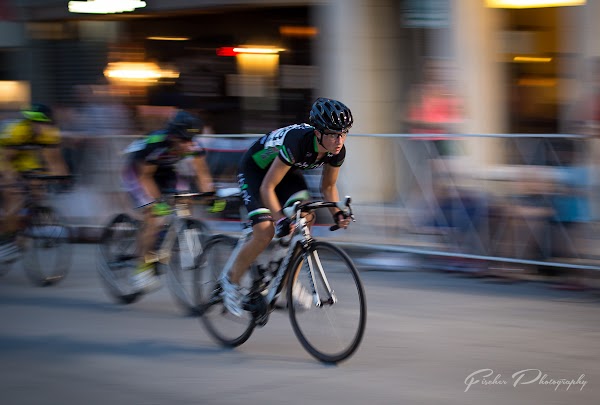 Why you should continue to use your 50mm

#1 Versatility  Noticing a pattern yet?  No it’s not a super zoom.  No it’s not the perfect landscape lens, or portrait lens, or macro lens, but having a 50mm on your camera or close at hand will put you in position to capture amazing images of almost anything the world, or your client, throws at you.  You can rediscover the joy of shooting with that one lens that can throw almost anything into shallow depth of field, the joy of walking out the door with a single camera with a single lens attached and not worrying about how far you can walk with 40 pounds of camera bag on your shoulder.

#2 It will make you a better photographer  This is my final point.  Prime lenses, especially the 50mm prime lens, because it’s a normal lens, because it’s a fast lens, but because it’s not the ‘perfect’ lens for many situations makes you work at it just a little extra for that amazing image.  Zooms can make you lazy, shooting landscapes at 24mm also can make you lazy, having that flexibility of a 70-200mm shooting portraits – yup, that can almost be too easy to get the perfect soft background, the perfect facial shape.  Don’t so much think of it as training wheels, but rather those extra weights that baseball players use before stepping up to the plate.  Learning to use the 50mm effectively will improve your photography, and your eye for composition, in ways that will improve your work regardless of what lens you are using.  If you can learn to focus accurately with the 50mm, where the eyes of a model are going to be smaller than when using the 85mm and longer, you’ll be able to do it on those longer lenses without thinking about it and focus on the composition, lighting, and everything else that makes your photo all that much better.  I also highly suggest, as my point above says, to go for a walk with nothing but that 50mm of yours (you do have one by now right?).  Try new things, try things you haven’t tried since you started photography.

While looking through my photo archives for this article, selecting out the photos you see on the left hand side, I was honestly a little shocked at how many of my more memorable photos were taken with my 50mm f/1.4 lens.  For a lens that was used on only a small fraction of my total work in the Lightroom catalogs, more than once I found myself saying ‘Oh, I’d forgotten I used the 50mm on that’.  That alone is going to be a catalyst I’m going to use to make myself pull out the 50mm more often.  Not just when I need the fastest lens I can pull out of my bag, or when I think that the shallow DOF is the ‘key’ to a photo.  I plan to use it more to further unlock the magic, and the mystery, of the 50mm – and keep the Plight of the 50mm at bay. 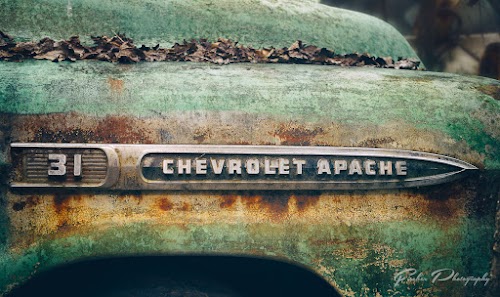 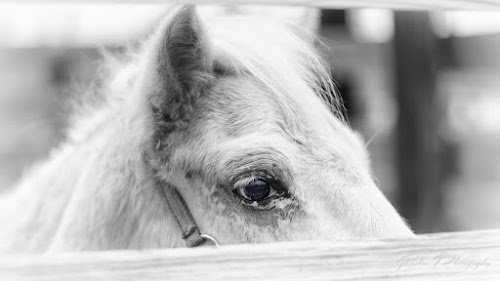 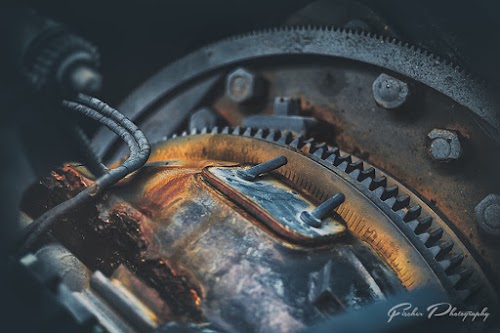 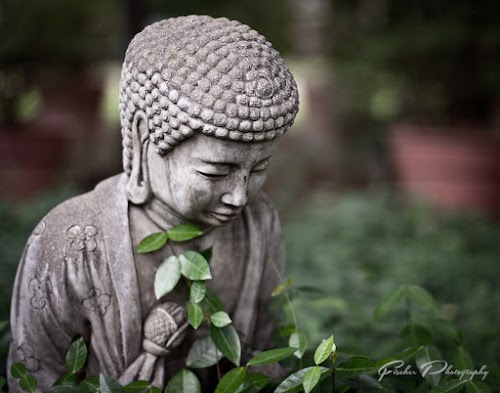 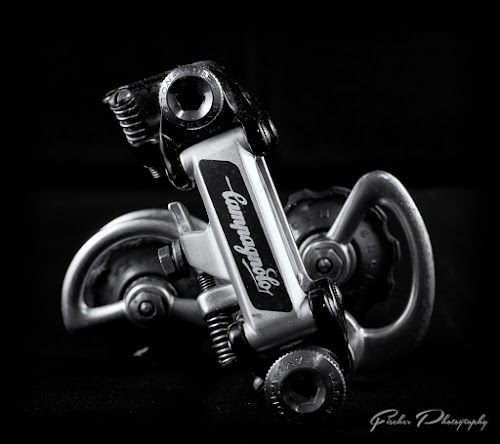 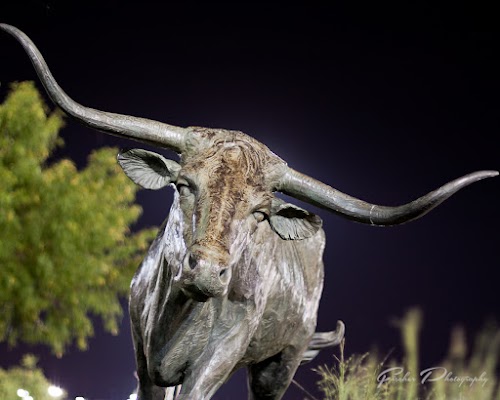 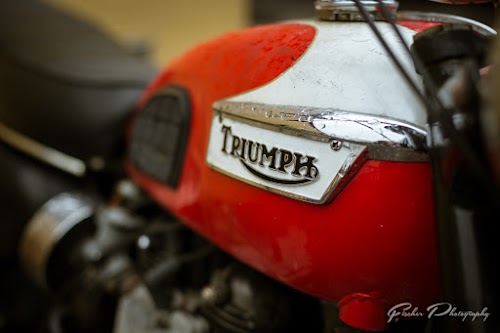 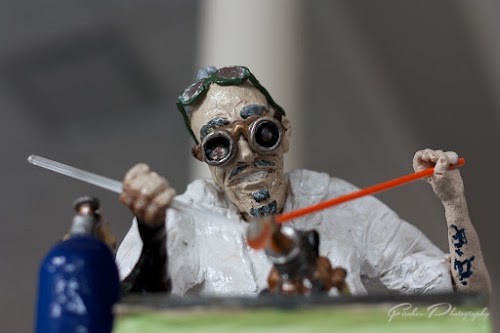 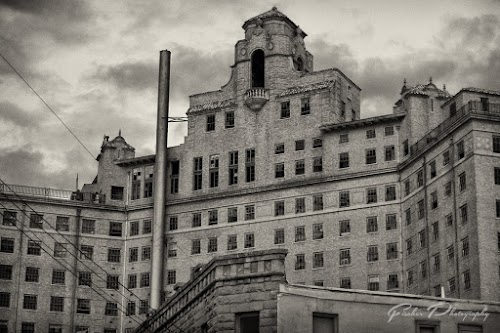